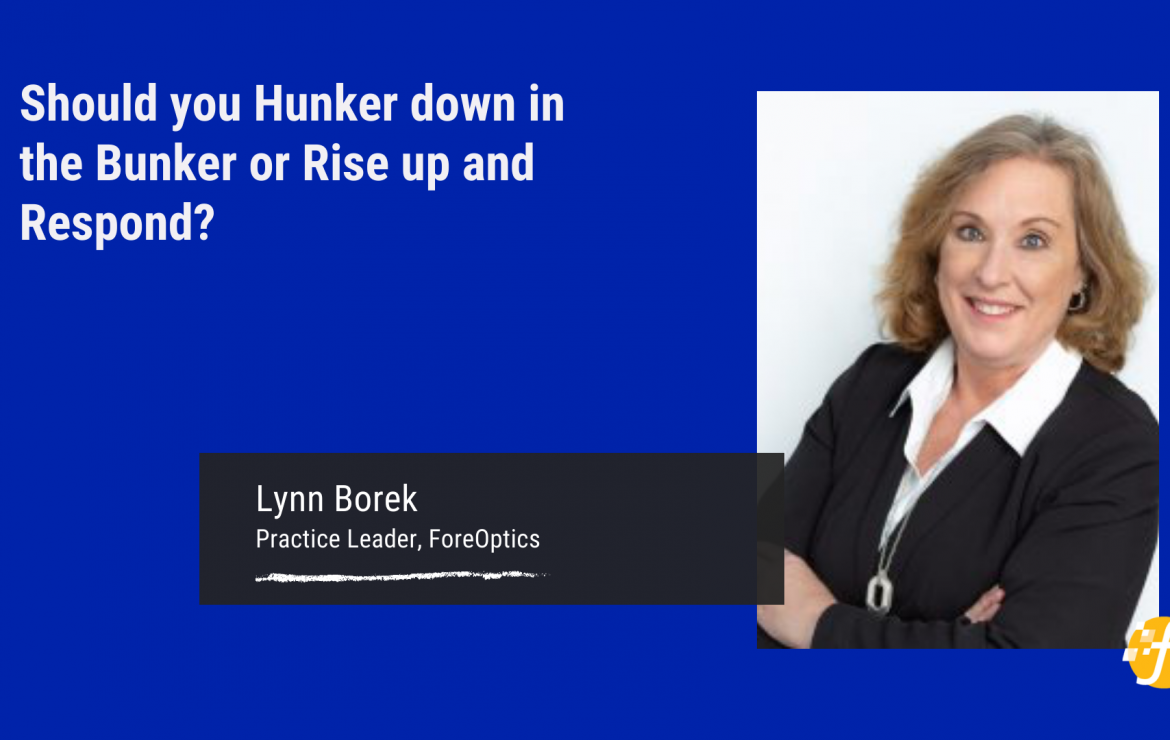 Should you Hunker down in the Bunker or Rise up and Respond?

As our minds turn to, “What’s next?”  My mind turns to a famous saying from Chauncey Gardiner in the film “Being there”.  Chance said, “As long as the roots are not severed, all is well.  And all will be well in the garden and growth has its seasons, there will be growth in the spring.”    Chance’s simple and yet profound pearls of wisdom ring true, we will have growth and it will come this spring.  What kind of growth, how fast, and what we need to be ready for is what we all want answers to?  Together we can prepare and respond quickly.

The Econometrics point to 60-120 days for the upturn, impacts to the economy could be in the hundreds of millions, billions to trillions of dollars.  The shape of the recovery is projected to be anywhere from U to V to even a W.   So, who is right and how do we prepare, and more importantly how do we survive to be a part of the recovery?  Our actions now will impact our ability to respond to the whatever shape comes our way.

We are now into this crisis for at least 4-6 weeks. We have sent people home to work, furloughed some of our other workers, reviewed our cash flow, and determined how to be locked down for a period of time.  But is locked down and locked up the right action?  It is if we believe this is a repeat of the 2008 recession that was a U-shaped recession and arguably took over 10 years for the economy to fully recover.  But let’s examine that.  Will it be U-shaped? 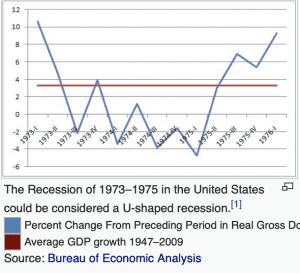 It took the Dow Jones Industrial Average until 2018 to recover from its lowest point on March 9th of 2009.  The public turned on big business and congress when the funds from the bail out went to buy back stock and executives’ bonuses and it caused a backlash in the Business Jet Market further harming Aerospace and Defense.

A lot of the blame for the slow recovery was placed at the feet of the Feds.  The Feds kept interest rates too low following the 2001 recession and this led to the credit crunch.    There was also the accusation that they moved too slowly and ineffectively to stop the down turn.  The good news is that the Feds learned from the last down turn.  We see them moving out more aggressively on this issue now.

In an interview with Scott Pelley on 60 Minutes, March 22, 2020, Neel Kashkari, President of the Federal Reserve Bank of Minneapolis, one of 12 Federal Reserve regional bank presidents said, “This past Sunday, the fed dropped interest rates nearly to zero.  Then every day last week it announced emergency lending programs.  It pledged to spend at least $700 billion supporting mortgages, banks, money markets mutual funds, corporate bonds and lending to the central banks of other countries because the dollar is the currency of world trade.”  “We are being very aggressive.  I think our chairman, Jay Powell, has learned from the experience of 2008.  We’re moving much faster than we moved in 2008.  We’re being more aggressive.” 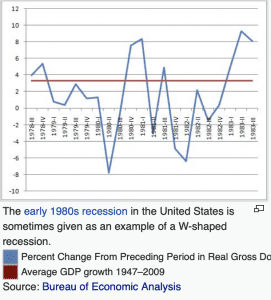 Kashkari said, “There are two big mistakes when I look back at 2008 that we made that I think are relevant today.  Number one, we were always too slow and too timid in responding to the crisis.  The reason is we didn’t know how bad it was gonna get.  And we didn’t wanna overreact.  And it turned out it got really bad.  And the right answer should’ve been overreacting to try to avoid the devastating recession that we ended up happening.  So today, whether it’s health care policy makers, fiscal policy makers, which means Congress or the Federal Reserve, we should all be erring on the side of overreacting to try to avoid the worst economic outcomes.   And number two, in 2008, we tried to be very targeted in helping homeowners.  Only helping homeowners who needed a little bit of help because a lot of Americans were angry at the thought of their neighbor getting a bailout for being irresponsible or so they thought.  So, we tried to target our program.  It ended up we didn’t help very many people.  We would’ve been much better off if we had been much more generous in our support for homeowners, deserving or not deserving.  We would’ve had less crisis.  So, my advice to Congress as they’re designing their program to help workers and to help small businesses, err on being generous.”

He said, “the other lesson from 2008.  It took more than ten years to put America fully back to work, relative to where they were before the crisis.  Ten years.  And so that’s what we have to try to avoid, having these mass layoffs.  We can’t have another ten-year recovery.” 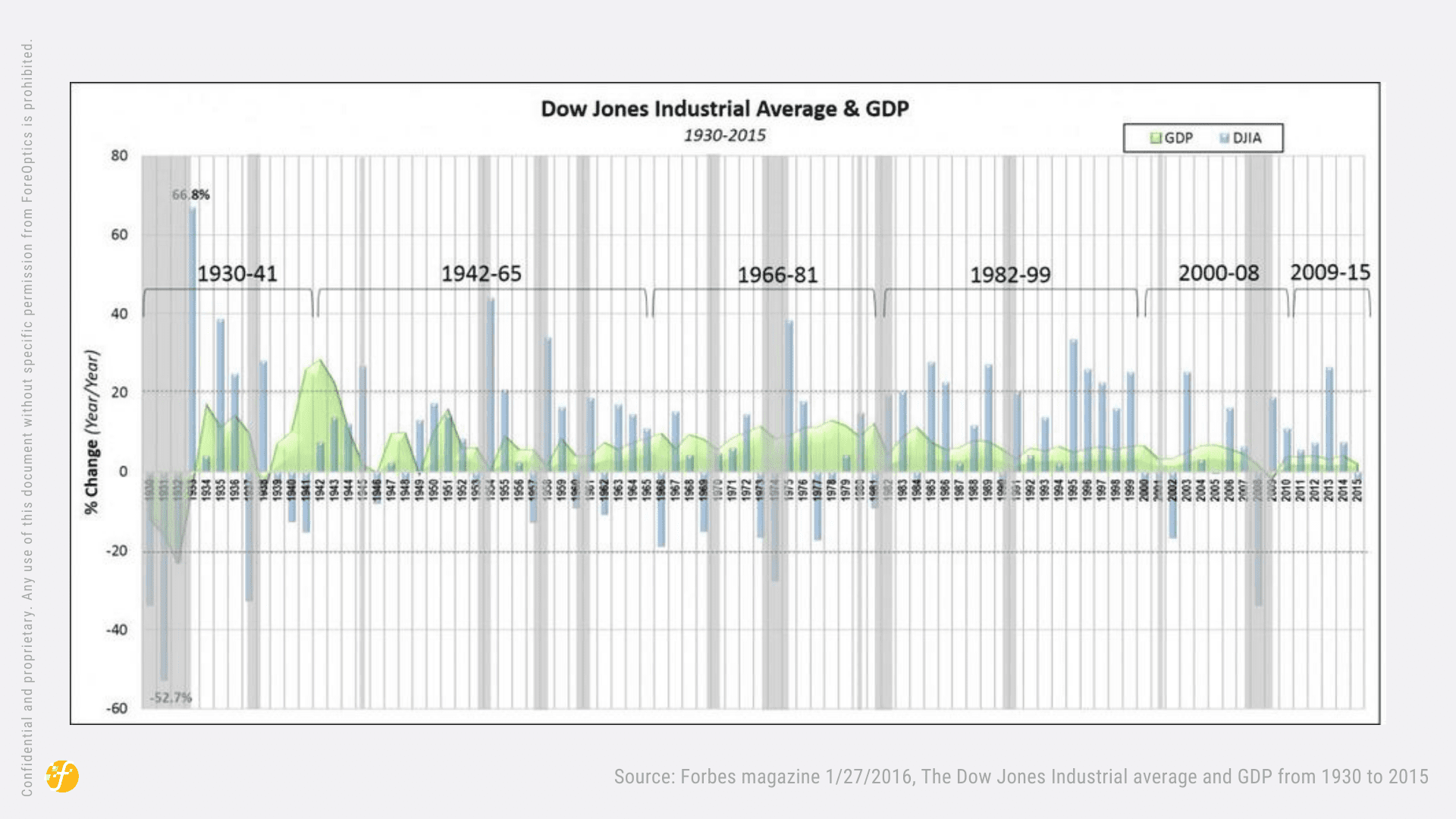 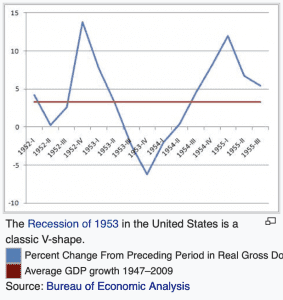 So, if the Congress, the Feds and the President have anything to say about this it will be a V recovery.  We are only another 4-6 weeks away from that happening.  Even if it bounces in W shaped recovery being ready is where our attention should be, and it should be there now.   If we want to refresh our memory, the 9/11 recovery was a V recovery, and it was here and gone in one year, the DOW snapped back in one month.   We also need to realize when these things happen the reality of things when our customers placed the PO and order, is no longer a valid reality.  Each of our recoveries will be different as they are driven by the ecosystem of customers and suppliers around us.  To get ready for this, our employees who are working remotely need to have a recovery plan in front of them, with a firm and confirmed demand plan.  They need to dive into where the supplier risks are and begin to mitigate them now.  With the available funds that are out there, our cash flow can be augmented with low to no interest loan to get the supply chain locked up and ready for a restart.  Getting our critical workforce back on line and back to being productive requires our attention now and a plan for a either a steep recovery or a prolonged one, dependent on our market mix and our customers demands.  We do not want to start back just to find that we cannot meet the demands of our customer.  If we can’t meet our customers’ demands, our competitors will.  The worst scenario could be that we have parts coming in for most of the bill of material but a critical supplier is not able to deliver so we end up holding stranded inventory and while not meeting customer demand. This is a very real scenario for some of the larger manufacturers who rely in mid-sized suppliers. The old adage of missing ‘one part’ is all too familiar to most of us industry practitioners.

Whether it is a U or a V or a W Supply Chain management and Intimate understanding of our Customers Demand is critical.  So, let’s ask ourselves how clearly could we can see the demand forecast and supplier risk before all this started.  If the answer is that it the visibility was murky at best and the forecast was less than predictable and even shaky at times then now is the time to work on fixing the supply chain by creating resilience in the demand and supply network.